(Extract from the article Traditional African Religions: some general keys. from De Dioses y Hombres blog. I invite you to pay a visit to it and read the full article here: 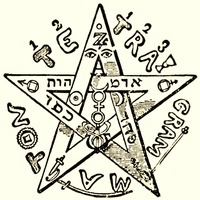 Occultism and Esoterism. Differences and rituals.

If we gather every practice of esoteric and occultist currents, some people call this group as "esoteric tradition" thanks to its spiritual features. They have in mind their origins. We can't avoid dividing them in esoteric and occultist branches by two different ways we have seen before in the previous article : 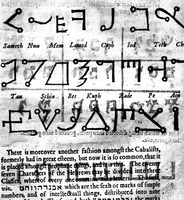 Magicology (III): The two sides of the same coin

With most accuracy, Daxelmüller (1993) named one of the sections of his work Social History of Magic as "Jano's Head" . As we could see on the first part of these articles, magic was divided by origin, actions and goals in two big groups: magia naturalis and magia daemoniaca, one was good and the other mostly evil. This...

ABRA intends to be a place where an objective study and the esoteric culture are gathered together. The main premises of this page are simple: completely objective secular studies. Superstition and religion references will be inevitable because everything is related in the world of faith and beliefs. It is possible that some data could be upsetting or could offend any sensitivity in some cases despite the respect and care we put into this information. However in any case this is the best way to allow a real approach to any study, in this case, magical discipline and therefore, a way for understanding it as a belief as acceptable as any other could be.

It is true that there are serious academic researches about magic in ancient societies, but as we get to performances nowadays, these researches continue less and less and almost disappear. On the other hand there are too many esoteric literature that does not put any care into the traditions which it speaks about nor shows any interest in it, it only seeks for acknowledgement and in order to obtain money. This way current magic and superstition remain as inventions, ridicule ways to deceive lost and naive people.

However this is not the case for all people. There is not only people who treats wizardry as their religion (which in this case it is studied less than others) but even in our scientific world we are surrounded by these practices, by people who carry them out and by people who believe in them. We must always have respect for any belief. But in order to obtain respect, it is necessary to know its history: organised history, defined, objective, the result of a deeper research which may restore magical belief to a place in the world where it is established far more than in literature.

It seemed inevitable that I would choose to study Science of Religions at college.

However there was a moment when I noticed that ancient cultures magic was studied inside beliefs but current practices were not mentioned at all. That's why I wanted to give balance between magic and modern religions at the same level in which I lived, it is important to avoid giving a bad name to magic because of lack of reliable studies and the fact it is only visible in the worst examples, as tricksters who unfortunately are also present in many religions.

We use cookies to enable the proper functioning and security of our website, and to offer you the best possible user experience.

You can customize your cookie preferences here. Enable or disable the following categories and save your selection.